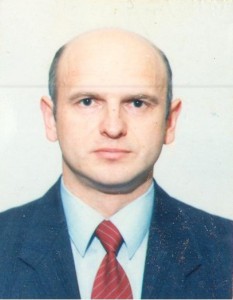 Founded in 1958 at the Faculty of Foreign Languages to promote better teaching and learning foreign languages.

The laboratory in different times has been headed by:

The Lab Assignment is technical and methodological provision of foreign language training. The lecturers of the relevant departments developed methods of teaching English, German, French and Spanish. 30 students could be engaged simultaneously in a phonetic laboratory.

In 1965 the laboratory increased by 20 seats, the technical equipment bettered. In 1968, on the basis of phonetic laboratory and with the assistance of the engineers of the Lviv National University E. Sekh and V. Zaplatynsky  a language class of “Dialogue” was installed. Instructional Faculty members provided the required foreign languages teaching methodology.

The Class was approved by the Ministry of Education of the USSR as a base for learning foreign languages in schools with the deep study of Foreign Languages and Universities.

In 1997 the restructuring of the language class was held in connection with obtaining the international award “Applied Foreign Languages”: a consortium of four universities – Angers (France), Caseres (Spain), Liverpool (England) and Lviv National University.

The newly created Resource Center «Tempus-Tacis» on the basis of the international project «Tempus-Tacis» «Applied Foreign Languages» № JEP-10 320-97 (199 702 001) has been equipped with modern multimedia technology, according to the requirements of teaching foreign languages. The Coordinator of the Centre is Prof. R. Pomirko, its Manager – lecturer M. Latyk.