Video Presentation of the Department

The Department of Classical Philology is one of the oldest in the L’viv University. The traditions of the speciality reach as far back as to the XVII century. The prime of its development falls on the first half of the XXth century. At that time the world’s famous scholars such as L. Tsviklinskiy, Y. Kovalskiy, R. Sinko, R. Hanshynets, Y. Manteyfel, Y. Kourylovytch, S. Vitkovskiy worked at the  Department. In the post-war period the Department was headed by the Professors of V. Pastoushchyn, M. Bilyk, Y. Didyk, Y. Kobiv, V. Maslyuk, R. Olenytch. From 1997 to 2002 the Associate Professor of R. Dombrovskyi was in the head of it. A very important role in the development of the Department during the pos-war period played Professor Y. Kobiv. He was the first editor of the republican scientific journal “Problems of the Classical Philology”, initiated a scientific school on antique languages researches’ grammar heritage studies. On the so-called “Lviv Period” (1953 – 1964), falls the the activity of the Professor of the international renown S. Luorye. His fundamental researches enriching world’s Classical Philology “Stable Words in the Function of the Predicate in the Indo-European Languages”, The Language and Culture in the Mycenaean Greece”, “The Fundamentals of the Greek Historical Phonetics” were published enriching the world’s Classical Philology.
Professor R. Olenytch explored the Antique Grammar Theory resulting in his monography “Priscian and Antique Grammar” published in 1973. 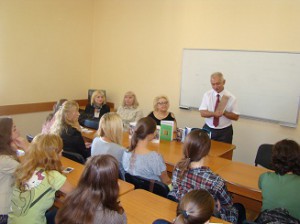 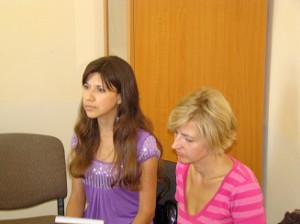 The subject matter of Professor V. Maslyuk was the Antique Theory of Artistic Language and its influence on the Theory of Literature development in Ukraine in the first half of the XVIII century. In 1983 his monography “Latin Poetics and Rethorics of the First Half of theXVIII Century and Their Role in the Ukrainian Theory of Literature Development” was published. At the same time, Professor V. Maslyuk translated a good deal of works by Latin speaking Ukrainian authors of the period into Ukrainian. 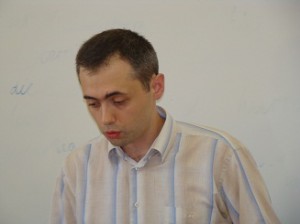 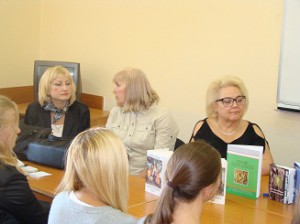 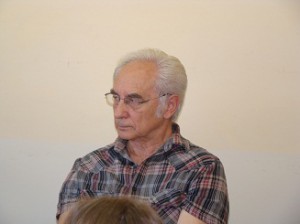 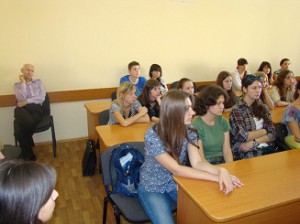 The staff of the Department also works on the preparing of the text books and manuals on Old Greek and Latin Languages as well as on Antique Literature. The translation belongs to one of the major scientific activities of the department. The whole school of artistic translation has long become a deeply rooted tradition. Its outstanding representatives are: Professors M. Bilyk, Y. Moushak, Y. Kobiv, V. Maslyuk, Y. Tsybko. For the fertile activity in the sphere Professors Y. Kobiv and A.Sodomora were awarded the Laureate Nominee of Ukrainian Union of Writers named after Maksym Ryl’skyi for Translation.
At present, the Department of Classical Philology comes to 2 Professors, 8 Associate Professors, 1 Senior Lecturer and 5 Lecturers. All of them conduct both seminars and practical classes on Old and Modern Greek Languages, have theoretical courses on Old Greek and Latin grammar, methods of teaching Latin, history of Old Greek and Roman Literatures, history of Antique Culture as well as other special courses.
There are post-graduate courses at the Department.
In 2000 the Centre of Greel Language and Culture named after Arseniy Elassonskyi was launched.

The department has a student scientific circle. 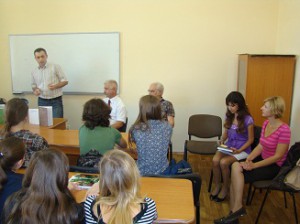 The graduates of the Department of Classsical Philology receive the speciality of “Classical Philology, Lecturer of Old Greek and Latin Languages” together with the additional specislization of “Lecturer of English Language”.

During recent years the scientific interests of the staff of the Department Classical Philology are focused on the following:

Online Presentation “Language as a Carrier of Ethnographic Narrative”

On the occasion of the World Greek Day on February 10, teachers of Greek at the Department of Classical Philology Associated Professor Lina Glushchenko, docent Kuybida H. I. and assistant Maryana Mokrivska joined the online presentation on the topic: "Language as a Carrier of Ethnographic Narrative".

International Online Conference on the Greek Language in its Timeless Dimension

International Online Conference on the Greek Language in its Timeless Dimension

Scientific Seminar of the Department of Classical Philology

On February 11, 2022 at 17.00 a scientific seminar of the Department of Classical Philology will be held, dedicated to the preliminary defense of the candidate's dissertation of assistant Zubchenko S.V. on the topic "Syntactic and Stylistic Structures As a Means of Argumentation in the Text of "History" By Herodotus. Scientific adviser: Associated Professor Lina Glushchenko

On December 10, an interuniversity scientific seminar was held, at which Arseniy Elasonsky Center for Greek Language and Culture of Ivan Franko National University of Lviv and Andriy Biletsky Center for Hellenistic Studies and Greek Culture of Taras Shevchenko National University of Kyiv together with "Apriori " Lviv publishing house presented the Anthology of Small Modern Greek Prose in Ukrainian Translations. Ukrainian writer and translator-Balkanist Andriy Lyubka moderated the conversation, which took place under the slogan "Dream in the Wave": an odyssey of modern Greek prose in Ukraine, which gave the conversation additional dimensions.

On November 25, 2021, at the invitation of the Odessa branch of the Greek Culture Foundation, neo-Hellenistic teachers of  Taras Shevchenko National University of Kyiv A. Savenko and S. Pereplyotchikova and Ivan Franko National University of Lviv M. Mokrivska took part in an online discussion on modern Greek literature in Ukraine. which took place in the framework of the 18th International Book Exhibition in Thessaloniki (Greece).